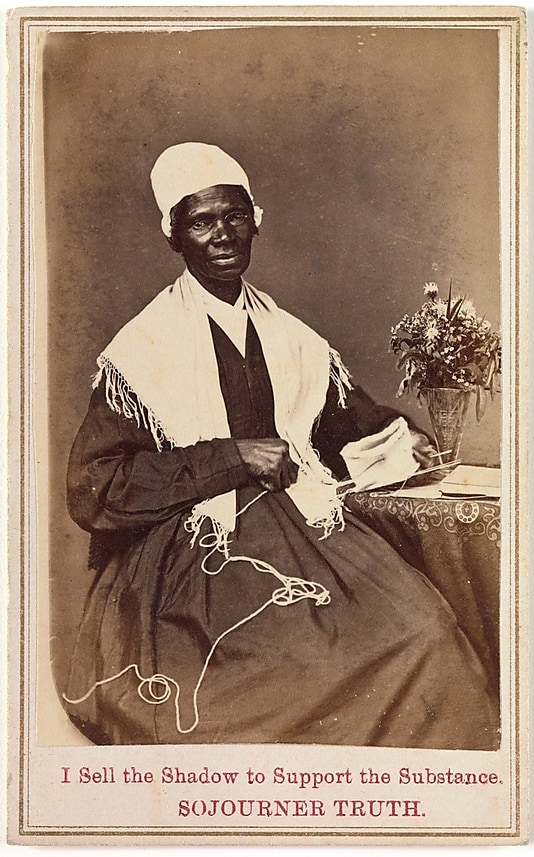 In this iconic portrait, Sojourner Truth gazes directly at the camera while taking a brief respite from her womanly work. After escaping to freedom in 1826, Truth dedicated herself to the abolitionist cause. Even though she never learned to read or write, Truth sought to use her image as a means of raising money and support for the anti-slavery movement. The imprint on the verso features the sitter’s famous statement in bright red ink as well as a Michigan 1864 copyright in her name. By owning control of her image, the “shadow” that she refers to in the caption, Truth could “sold” herself for the important cause of ending slavery. In so doing she became one of the era’s most progressive advocates for slaves and freedmen after Emancipation, for women’s suffrage, and for the medium of photography. As noted by the Metropolitan Museum of Art, Truth wittily maintained that while she “used to be sold for other people’s benefit…now she sold herself for her own.”