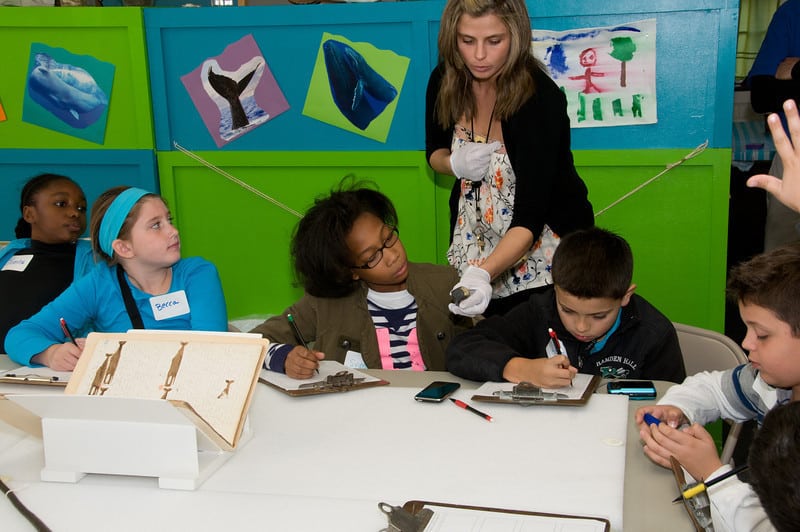 A Comparison of Indentured Servants and Slaves – This elementary and middle level lesson evaluates the differences between indentured servants and slaves. Students will examine and compare the lives of each using primary sources and the historical fiction books, Molly Bannaky and Barefoot.

Slavery in Virginia – In this elementary level lesson, students will use primary sources to analyze the effects plantation life and slavery had on Colonial Virginia.

How Slavery Replaced Indentured Servitude – This elementary level lesson asks students to examine and evaluate the different perspectives that led to Africans becoming slaves (instead of indentured servants) for the colonists.

Taking Up Arms and the Challenge of Slavery in the Revolutionary Era – This lesson is designed to help students understand the transition to armed resistance and the contradiction in the Americans’ rhetoric about slavery through the examination of a series of documents.

Slavery and the American Founding: The “Inconsistency not to be excused” -This lesson will focus on the views of the founders as expressed in primary documents from their own time and in their own words. Students will see that many of the major founders opposed slavery as contrary to the principles of the American Revolution but few took action on the basis of these convictions. 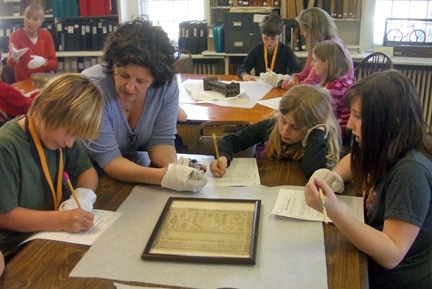 Fanning the Flames of Abolition – These lessons exposes students to the writings and work of William Lloyd Garrison, Harriet Beecher Stowe, Gabriel Prosser, and Nat Turner.

Quest for Freedom: The Underground Railroad – This lesson plan from the National Park Service is suitable for grades 7-12.  Students will understand the development of the abolitionist movement and the role of the underground railroad in the movement.

The Underground Railroad: Escape from Slavery – This multimedia lesson has adaptations for elementary, middle, and secondary level educators.  Students will travel back to the year 1860 and follow a young slave as he flees a Kentucky plantation for Canada along the Underground Railroad. Along the way, they can read or listen to the runaway slave describe his terrifying journey from slavery to freedom. They’ll discover what life was like as a slave, encounter the dangers of the Underground Railroad, meet brave abolitionists who took great risks to help runaways, and compare life in the North and South.

From Courage to Freedom: Frederick Douglass’s 1845 Autobiography – In this curriculum unit, students will read Narrative of the Life of Frederick Douglass, an American Slave, Written by Himself with particular attention devoted to certain chapters. They will analyze Douglass’s vivid first-hand accounts of the lives of slaves and the behavior of slave owners to see how he successfully contrasts reality with romanticism and powerfully uses imagery, irony, connotative and denotative language, strong active verbs, repetition, and rhetorical appeals to persuade the reader of slavery’s evil.

Perspectives on the Slave Narrative – To help students recognize the complex nature of the slave narrative and its combination of varied literary traditions and devices, this lesson explores the work of William W. Brown from a variety of perspectives.

Fanning the Flames of Abolition: These lessons exposes students to the writings and work of William Lloyd Garrison, Harriet Beecher Stowe, Gabriel Prosser, and Nat Turner.

North and South: Impact of the Abolitionist Movement: This elementary level lesson explores the underground railroad, the work of Frederick Douglass, the dramatic escape of Henry “Box Brown, and other important aspects of the abolitionist movement.

Runaway Slaves: An American Experience – Personal experiences impact one’s perspective and an individual’s perspective may impact one’s actions. Students will interpret ideas and events of Slavey from different perspectives; that of an abolitionist, slave owner, US Marshall and runaway slaves.

Slavery and Abolitionism – This middle level lesson explores the role of western expansion in the development of American abolitionism.

Women Abolitionists – (free Gilder-Lehrman account required) Women always played a significant role in the fight against slavery and racial injustice. Through research and analysis in the classroom, students will learn about the diversity of women who participated in antislavery activities, the variety of activities and goals they pursued, and the barriers they faced as women.

Life in the North and South, 1847-1861: Before Brother Fought Brother – A complex series of events led to the Civil War. The lessons in this unit are designed to help students develop a foundation on which to understand the basic disagreements between North and South through the investigation of primary source documents.

The Growing Crisis of Sectionalism in Antebellum America: A House Dividing – What characterized the debates over American slavery and the power of the federal government for the first half of the 19th century? How did regional economies and political events produce a widening split between free and slaveholding states in antebellum America? In this unit, students will trace the development of sectionalism in the United States as it was driven by the growing dependence upon, and defense of, black slavery in the southern states. 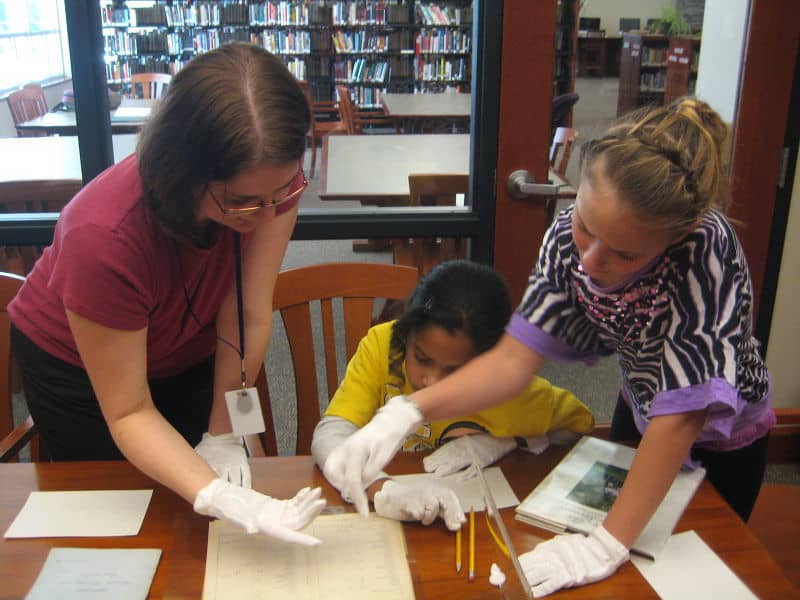 The Emancipation Proclamation: Freedom’s First Steps – While the Civil War began as a war to restore the Union, and not to end slavery, by 1862 President Abraham Lincoln came to believe that he could save the Union only by broadening the goals of the war. The Emancipation Proclamation is generally regarded as marking this sharp change in the goals of Lincoln’s war policy. Through examination of the original document and related writings, students can return to this “first step” and explore the obstacles and alternatives we faced in making the journey toward “a more perfect Union.”

Reconstruction: Rebuilding the Union – This high school level lesson asks students to imagine the difficulties of reuniting a nation torn apart by war. By making connections with contemporary events students will understand the challenges of entrenched racism the late nineteenth century.

Freedmen’s Bureau: Meanings of Emancipation – This elementary level lesson explores the feelings and experiences of emancipation for former slaves as well as the challenges of ensuring freedom after the War.

The Genius of Freedom: Northern Black Activism and Uplift after the Civil War – This upper elementary, middle, and high school collection of lessons examine the strategies developed by Northern blacks to claim an equal place in the post-slavery nation. While Reconstruction battles in the South occupied much of the nation’s attention, African Americans in the North found that local laws and social customs often still left them on the fringes of citizenship and success. Northern blacks thus sought to empower their communities through political protest and uplift initiatives that emphasized equality, self-reliance and pride.

The Many Faces of Frederick Douglass – A high school level plan that utilizes our Image Analysis Worksheet and the portraits of Frederick Douglass located on our Images page. This lesson plan takes students through the development of Douglass’s portraiture, encouraging them to think about the significance of portraiture to the abolitionist movement, to an individual’s understanding of him/herself, and to the study of history more generally.