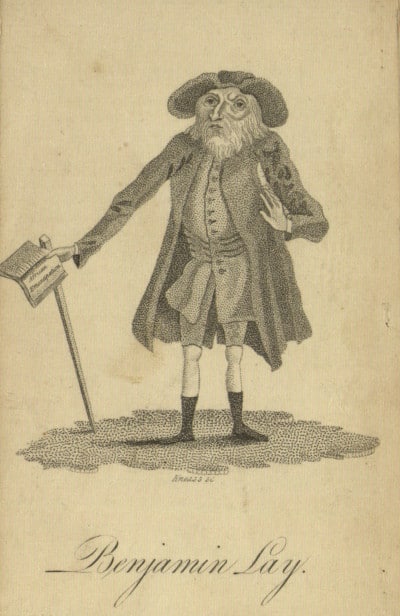 Benjamin Lay (1681-1759) was a British Quaker who grew passionately anti-slavery after a journey to Barbados. He carried forth his witness to his concern chiefly in the American colonies until he was formally disowned by Philadelphia Yearly Meeting in 1738. Lay showed a propensity for theatrical demonstrations illustrating the evils of slavery and Friends’ complicity with it. Chief among Lay’s offenses was the publication of his lengthy book All Slave-Keepers That keep the Innocent in Bondage, Apostates… in 1737 by Benjamin Franklin, Lay’s close personal friend. The book made many accusations against individual Friends and the Society as a whole for being complicit in the slave system, angering many Quakers throughout the British Atlantic World.