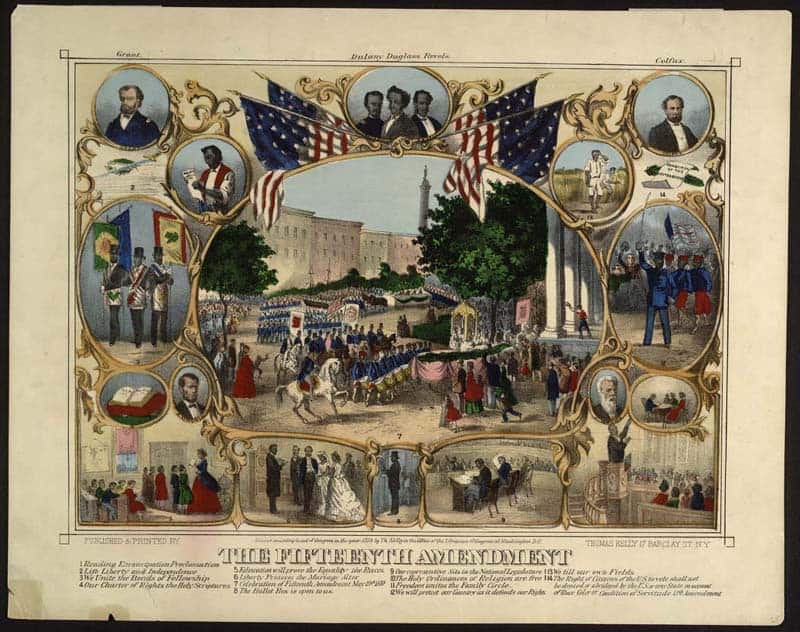 With the end of the Civil War and the beginning of Reconstruction, Congress abolished slavery (13th Amendment), guaranteed citizenship to all persons born in the United States (14th Amendment), and granted the right to vote to male citizens (15th Amendment). This lithograph pictures the 15th Amendment to the US Constitution, which gave male citizens the right to vote regardless of race, color, or previous condition of servitude. In its central scene, this image documents a grand parade held to celebrate the amendment’s passage in Baltimore, Maryland, on May 19, 1870. Surrounding the central vignette are portraits of notable politicians and abolitionists, as well as scenes of African Americans freely participating in the cultural, intellectual, economic, religious, political, and military life of the nation.