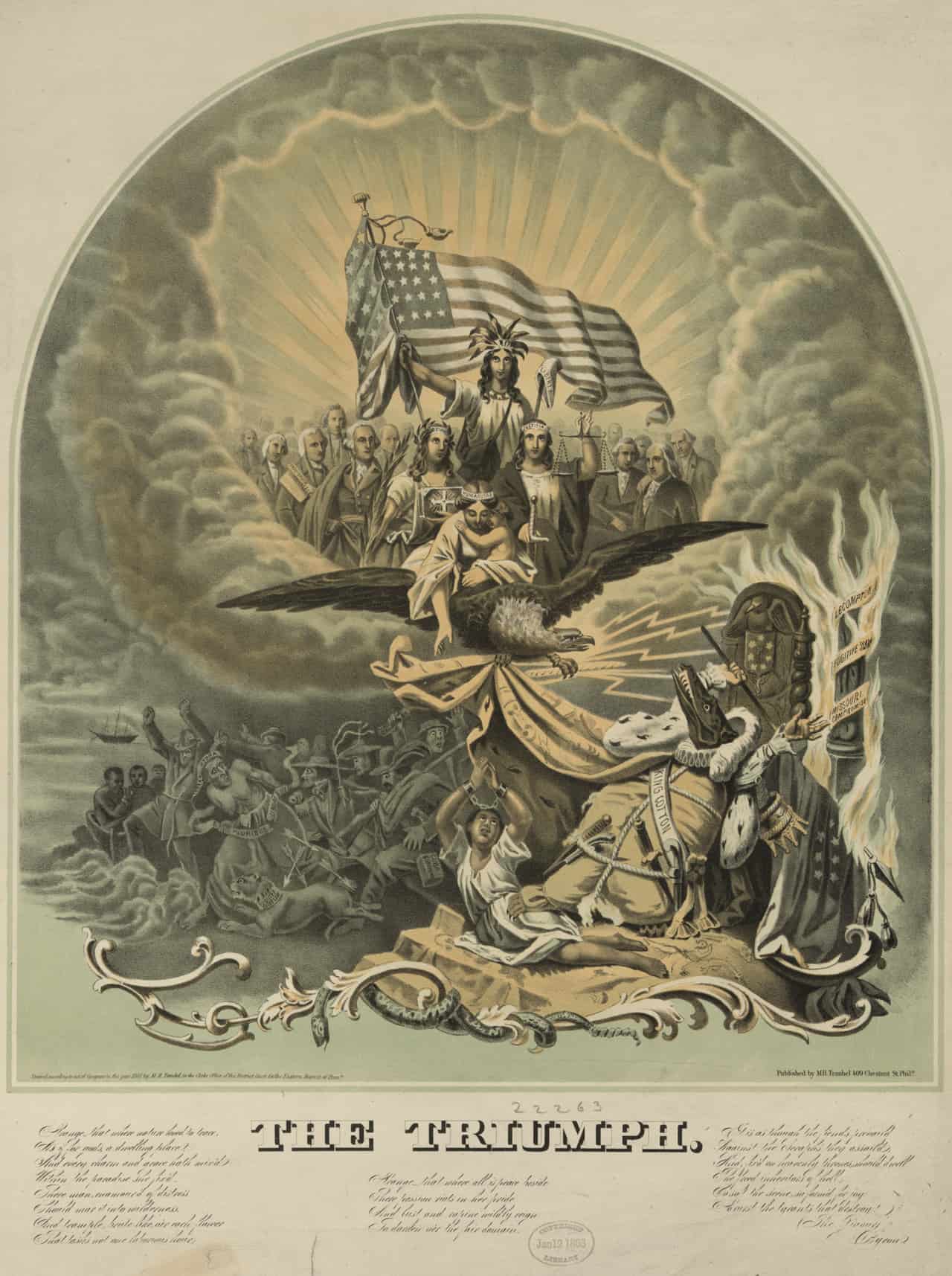 This large, detailed allegory predicts the triumph of the Union over the dark forces of the Confederacy and “King Cotton.” The accompanying key describes the secession of the South in intensely moralistic terms, as the machinations of a cunning “Hydra of human discord” that produces treachery and rebellion. The image can be divided into a lower and upper half. In the lower, the forces of darkness are ruled by King Cotton, pictured here as an alligator-headed monarch with a body of a cotton sack. The terrifying monster sits on a throne next to a burning column with the words “Lecompton” (the controversial proslavery Kansas constitution passed in 1857), “Fugitive Slave [Law],” and “Missouri Compromise.” With pistols and daggers in his belt, King Cotton seemingly maintains control over his land, keeping a paw on a manacled slave who looks upward toward a “sublime apparition” appearing in clouds the clouds above. Here Freedom, wearing an Indian bonnet and holding a liberty cap, appears with a large American flag amid a crowd of deities and historical figures, including George Washington, Benjamin Franklin, and Thomas Jefferson. Christianity (left) and Justice (right) attends Freedom. Immediately in front of her is “Humanitas,” borne by an eagle and holding an infant and reaching towards the supplicant slave below. The eagle fiercely clutches the hem of King Cotton’s cloak and wields several lightning bolts, which have ignited the terrified monarch’s throne. Other symbols of slavery are terrorized by this vision of the Union’s triumph.