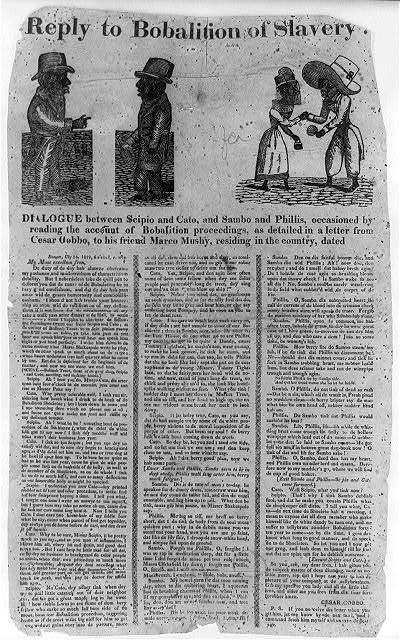 One of several racist parodies of black American illiteracy, dialect, and manners issued in Boston at various times between 1819 and 1832, this broadside is in the form of burlesque reports and letters relating to the annual July 14 celebrations, among Boston’s black residents, of the anniversary of the abolition of the slave trade. Though the American slave trade was actually abolished on January 1, 1808, it was celebrated in July by many black Americans for decades. In his use of black stereotypes, the producer anticipates Edward W. Clay’s Life in Philadelphia series (see “Grand celebration ob de bobalition ob African slabery.”)