The University of North Carolina is working to provide digital copies of every known slave narrative.  Browse their collection here.

Fredrick Douglass’s first autobiography became the most widely read slave narrative in American history. Read a summary of the narrative, the entire text, or download / stream an audio recording. Harriet Jacobs’s Incidents in the Life of a Slave Girl serves as a powerful counter example of the added difficulty for women in the escape to freedom. 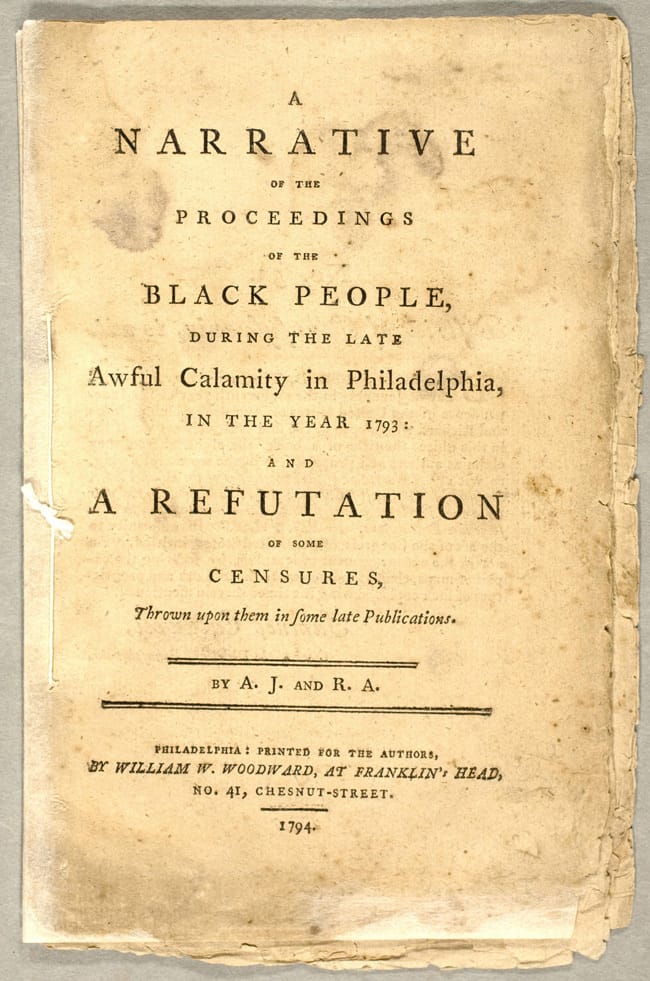 Black protest influenced the rise of a more radical abolitionist movement after 1830, one which rejected gradualist tactics and strategies. Pamphleteering provided a key vehicle for northern black protest. While scholars have long known about the significance of slave narratives, they have traditionally placed less emphasis on pamphlets of protest. Yet because black pamphleteers remained more independent of white editors than many slave narrators, their documents illuminate a much wider range of issues, from justifications of physically defending fugitive slaves to anti-discrimination efforts in northern communities. The recent publication of many of these pamphlets makes them wonderful tools for classroom discussions about the hopes and tactics of black abolitionists.  Richard Allen and Absalom Jones’ Narrative of the Proceedings of the Black People, the first African-American publication to receive copyright protection from the federal government (in 1794), offered an important early protest. David Walker’s 1829 Appeal to the Colored Citizens of the World, unflinchingly attacked efforts to deport free people of color and provided a rationale for violent slave resistance .  Martin Delany’s 1852 essay, “The Condition, Elevation, Emigration, and Destiny of the Colored People of the United States, Politically Considered,” presaged later black nationalist sentiment. Despite the important distinctions between all of these abolitionist appeals, we find several similarities. African Americans remained commitment to the freedom struggle, and though tactics may have changed, this commitment never wavered.

After hearing Frederick Douglass speak at an anti-slavery convention in Nantucket, an inspired William Lloyd encourages Douglass to join the abolitionist movement.