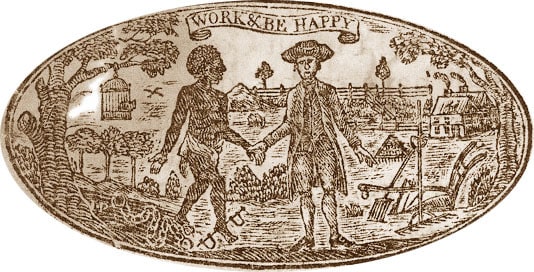 Although antislavery northerners began passing abolition laws beginning with the 1777 state constitution of Vermont, northern slavery did not recede quickly. By 1810, a generation after the Revolution, over one fourth of all northern African Americans were still enslaved. But by 1840 slavery had almost completely disappeared. While slavery was far less entrenched than in the South, northern abolitionists still had to legally dismantle the institution. State abolition bills proved their most potent weapon. Pennsylvania, the second most populous state in the late-eighteenth century, gave birth to the first antislavery society and the first state abolition act.

In Massachusetts, slavery persisted into the eighteenth century. Abolition came circuitously. Many slaves, such as Elizabeth Freeman (“Mumbet”), successfully sued for their freedom. The Bay State never passed an abolition bill, but a series of court cases had the de facto effect of removing legal support of slavery. Read more about these court cases and read some of the key documents at this digital exhibit by the Massachusetts Historical Society.

Northern slavery crumbled. Throughout the region, slaves and abolitionists took to the courts to use new laws and court rulings as weapons in the battle for freedom. The Pennsylvania Abolition Society, for instance, repeatedly sued to win the freedom of slaves. One of the more dramatic and mysterious of these cases is the saga of a woman named Charity Castle. Watch the Germantown High History Hunters tell the story below: